skip to main | skip to sidebar

News from the animal kingdom....

As an artist who features a lot of animal imagery, it is important for me to keep a close eye on the animal kingdom. Holy shit! What a week for news.

First of all, I became aware of the great Turkey Inflation problem looming. In 1929 the average turkey weighed 13.2 pounds. Today's bird weighs over 30 pounds and there are 250 million of them in America alone. At the current growth rate, turkeys will be as big as people in only 150 years, and larger than the earth itself in just 6,000 years.

I'm sorry vegans, we need your help. Eat more turkey! Don't let this happen to us...

Read it on the Economist - which may make you register, but it is worth it.

As an aside, I love the Economist. It actually is fair and balanced but spends their time on logic and science in current affairs, and not loudly making misleading boasts while making a mockery of fact and rationality. But more on Fox(es) later in this post.

Sometimes the animal news tells us a little about ourselves. Viewers of the recent “Eaten Alive” show were pissed that the reality show star didn't actually get eaten alive. Apparently it would be better if our reality shows stuck to script, and not, errr..... to reality? Never watched one so I can't say.

But as an alien from another planet (such as myself) reporting back on human behavior there is some ridiculous irony in a big hungry snake refusing to eat a species exhibiting such apparently distasteful cognitive dissonance.

Doubt me not, get the story at Washington Post.

Snake doesn't eat man somehow made the headlines. Is there no real news available today?

Moving swiftly into more charming realms, we enter the raging debate about the urban foxes of London. Stop channeling Mike Meyers via imagining Cassandra dancing it up at a London night club.

Instead... the real problem: the cute little red foxes with the pointy ears that are taking over London. This apparently age-old urban blight has been made worse by the recent illegalization of fox hunting in Britain. There are now more foxes in London than double decker buses!

On one side of the debate we have fox rescue organizations and treatment facilities, with sympathists leaving out food and night time cameras to catch video of these charming furry friends. And on the other side, hired snipers defending the lives of free-range guinea pigs in backyard charming English gardens from these demonic marauders.

It's all true, at least according to the New York Times. Man are people weird.

Well at least them foxes queue up properly.

Happy Reading!
Posted by Erik Haagensen at 12:50 PM No comments:

The pots I am currently shipping to my gallery friends are special to me because I started working on those series early in the summer. This was one year after moving to the mountains to give up teaching & curating in Atlanta in order to make work full-time. 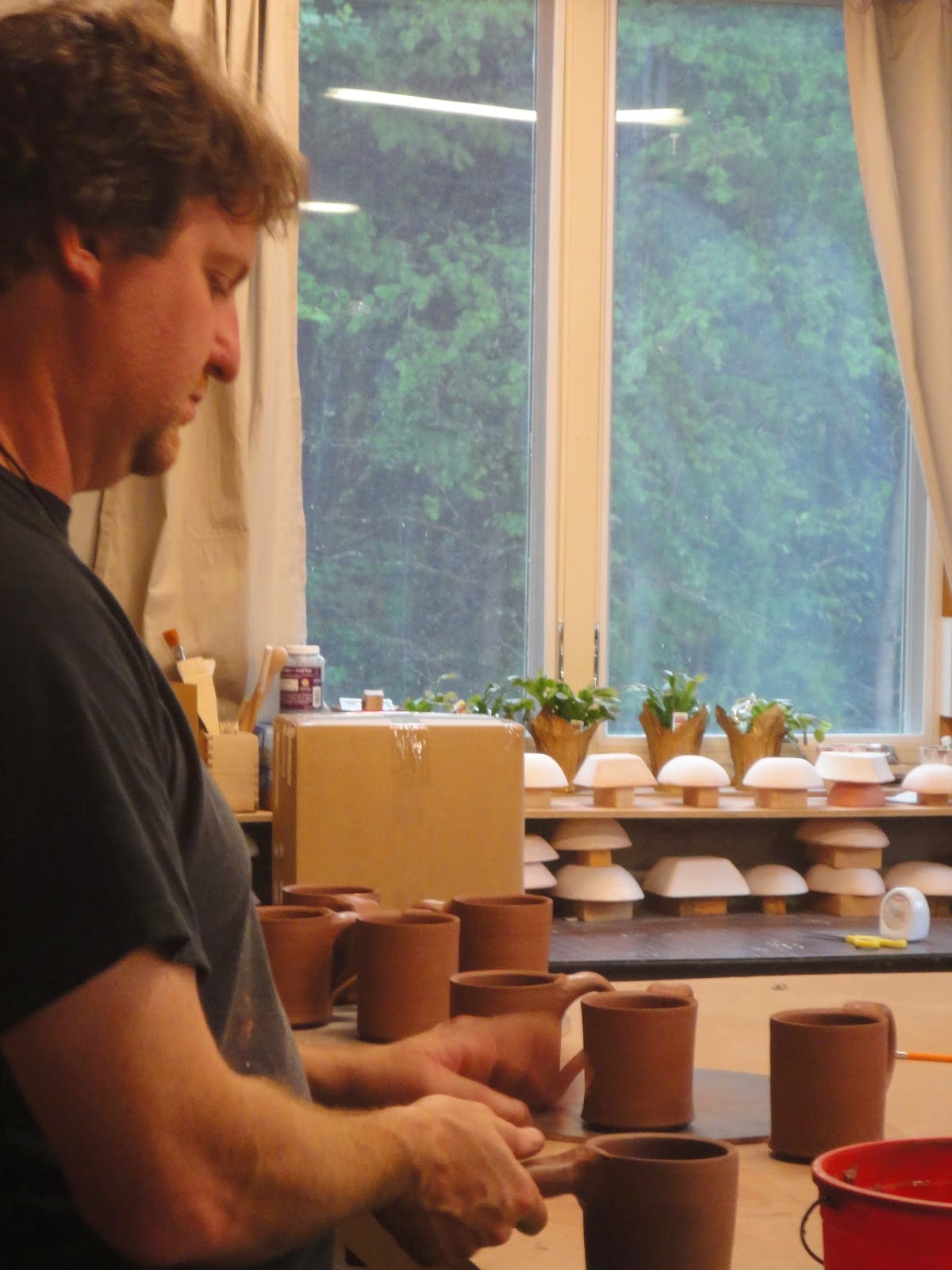 I took a break mid-summer to work on some new illustrations and patterns of illustrations at my drawing table. This was really the first attempt at covering pots in patterned illustrations since I switched to earthenware, and I am excited how the first pots turned out. 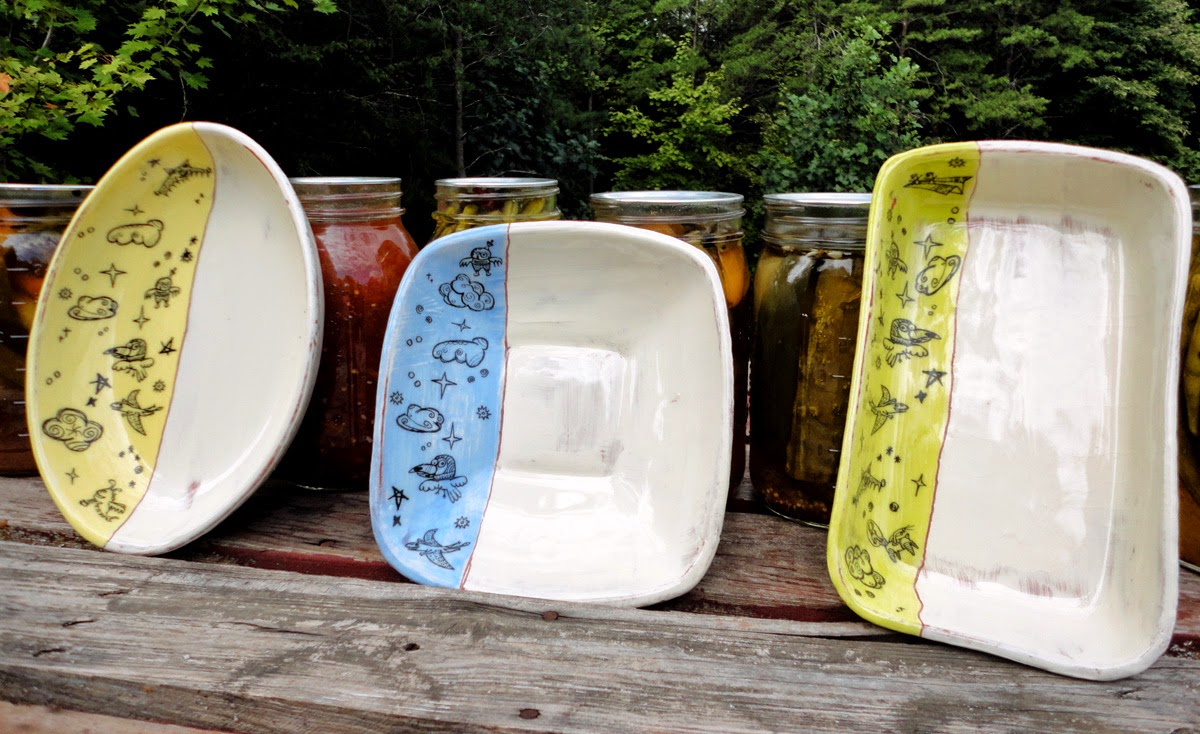 The new illustrations of instrument players have also been very well received, and I've already started drawing the dancers that obviously must follow them! 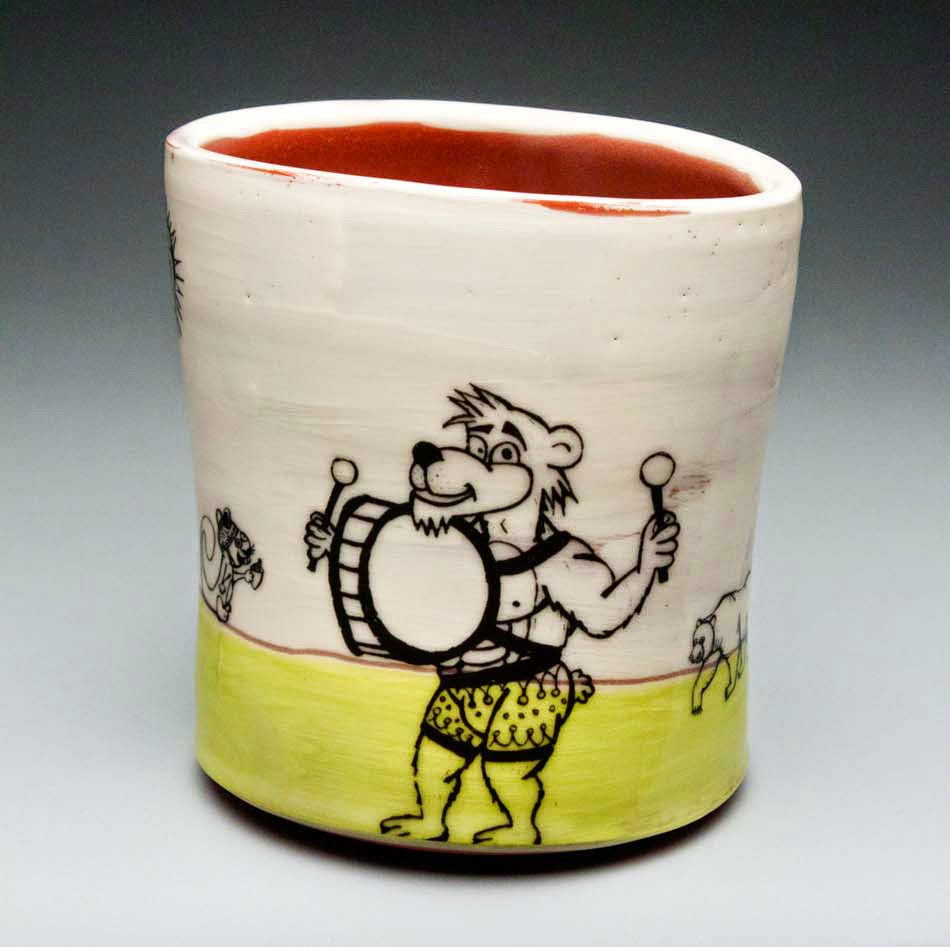 During the summer we also had our first vegetable garden and started restoring our pastures, which were important first steps in breathing life into the old farm that we bought and moved to in GreenEville, TN. It was a busy exhausting summer but we have loads of pottery and fresh pickles to show for it! 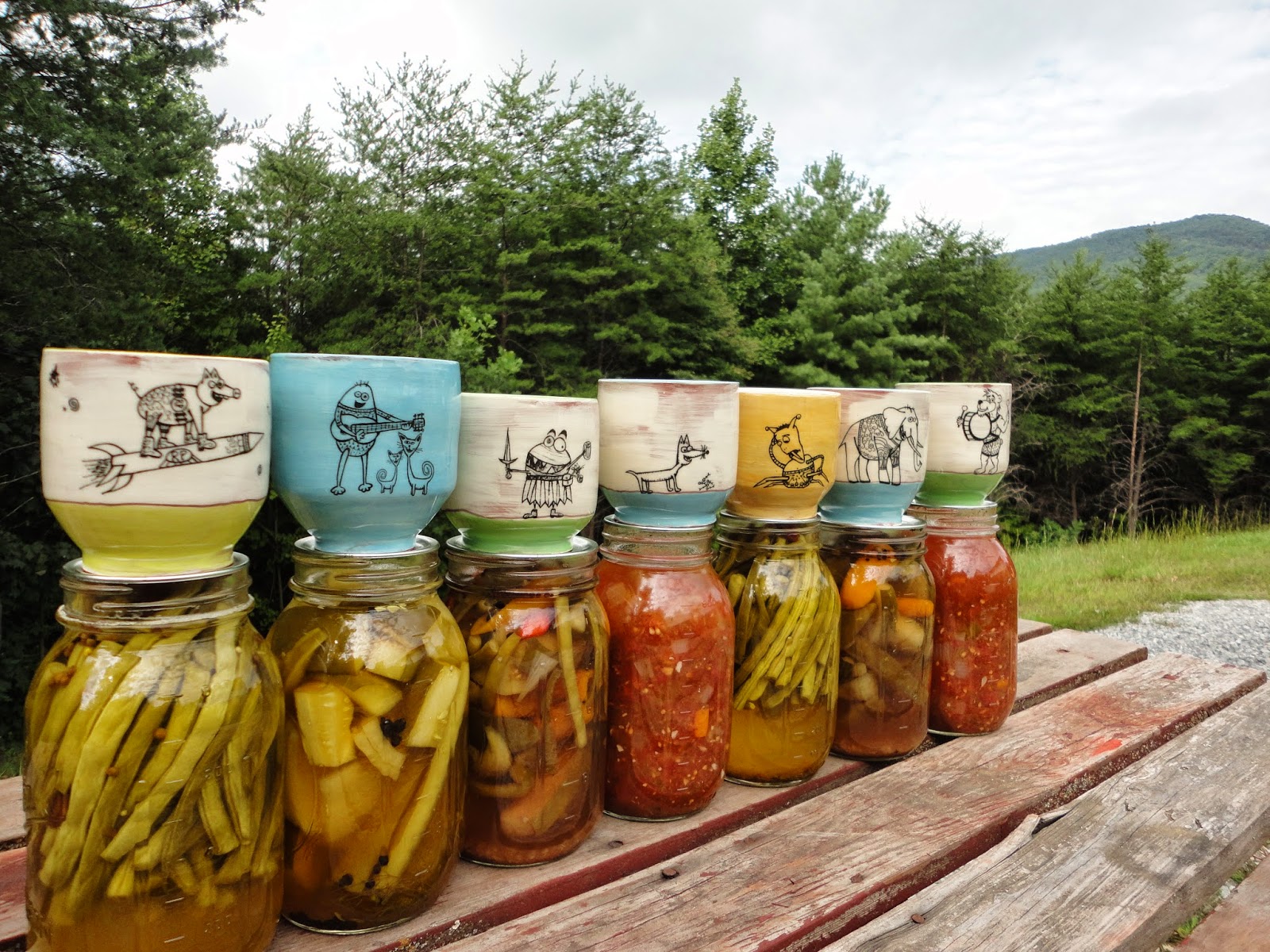 Posted by Erik Haagensen at 1:24 PM No comments:

If you'd like my to read my formal artist information, see a portfolio of my work, or visit my (upcoming) store, please visit my website.

My Honey and Me

Erik Haagensen
I hope this blog helps my friends, family, collectors, and fellow clay enthusiasts stay in touch and connected.